*Spent time in Copan the end of March. Just a little backposting.

We just can’t get enough of those dang ruins. For Honduras, we stayed in a town that literally has the word in it’s name.

Copan Ruinas is a town in Honduras not too far from the Guatemalan border. About 30 minutes really. It felt a lot longer because those roads are super curvy. Got that Dramamine on hand. When will they sponsor me?? 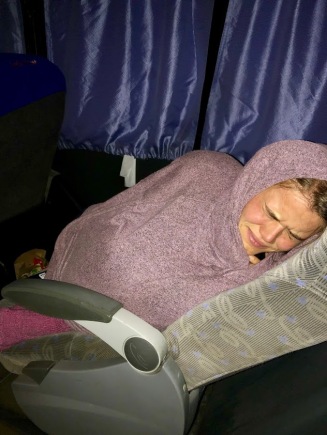 This miserable face was actually due to the 27 degree bus, not the nausea.

Copan was kind of a last minute decision. We both didn’t really research a ton about Honduras and had about a week and a half before our next spot. Copan is a touristy town because of its still very well preserved Mayan ruins. AND it was the capital city of the classic period kingdom from the 5th to 9th centuries AD. These are the super fun facts you learn when you are constantly staying in towns with ruins.

While in Copan we stayed in homestays, provided by our awesome Spanish school, Ixbalanque . Two different homestays this time in the hopes of improving our Spanish some. When we stay together really one person ends up talking. Especially when our answers to our homestay family’s questions are so similar: yes we’re both social workers, we’re both from Georgia, we’re both teaching online, etc etc. So this time we had some extra time to practice on our own! We were also in Spanish school the entire time and were able to have one on one classes which helped tons.

Copan was similar to Guatemala in many ways,  which makes sense since it’s so close to the Guatemalan border. In all the countries we’ve traveled in, Guatemala still has the strongest ties to its indigenous culture. There are 23 Mayan languages spoken in Guatemala and taught in schools as well. Where we were in Copan, many women still dressed in traditional wear, which was pretty much the same as in Guatemala. It was nice to still be around familiar things, but experience it in a different people group.

Our home stay moms cooked every meal for us, so we did not do any cooking while here. Lots of eating though. I’m still the biggest fan of the traditional breakfast which usually includes eggs, beans, maduros, some form of cheese, and tortillas. Pupusas here are called empanadas? That was definitely a confusing conversation between my homestay mom and I at the beginning. 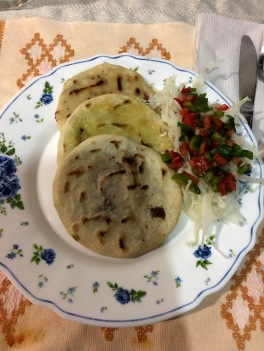 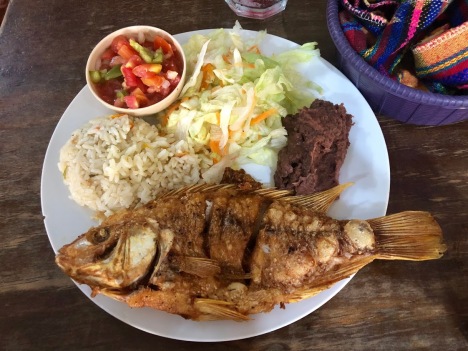 Another fun discovery of Honduras: it’s so cheap. SO cheap. Unfortunately, tourism is pretty low right now in general but Copan still had domestic and international tourists. There’s a bilingual private school in the town that employs a lot of young Americans. There were some cute spots we hung out in to study. San Rafael is a cafe that had this amazing cheese board. I was in heaven. There was a German bar with some really good beer (which has been pretty hard to find in Central America), or beer we’re used to anyway.

Jocelyn turned 26 in Copan! Officially off the parent’s health insurance. Quite a year. We went on a long hike (yay for her), she kicked my ass in some chess at the German bar, and we had a super authentic Honduran lunch complete with an entire fried fish. 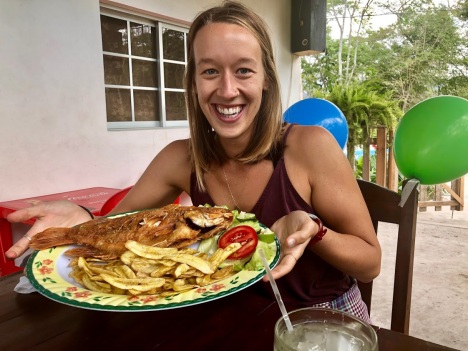 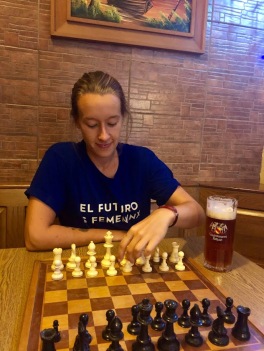 Our last weekend we went to these hot springs that are often visited by both locals and tourists. We had gone to one cafe in town a couple of times and saw one of the employees at the hot springs! All that to say, Copan is a pretty small town. Lots of run-ins with the same people. It was nice to have a settled, familiar feeling for a little bit. 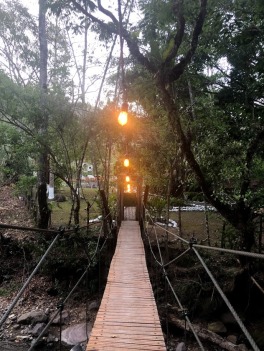 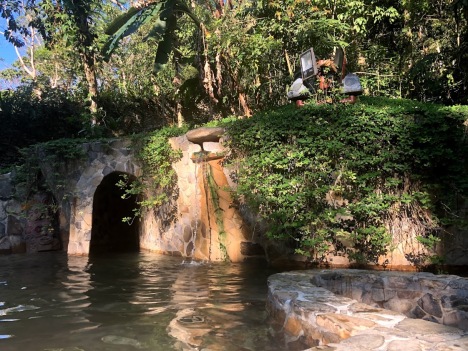 Favorite thing of Copan was Clarita. This tiny rat dog who was constantly cold and ready to be picked up. She was the Spanish school (Ixbalanque) owner’s dog and we started every morning saying hey to Clarita. I’m sure she loved it.

We had a great time in Copan. Next stop: Nicaragua!