Cuba is packed with history, some literally falling into the streets. Cuba is a poor country, but not cheap. I often confuse the two and use them interchangeably when speaking of Central American countries. This is not the case with Cuba. 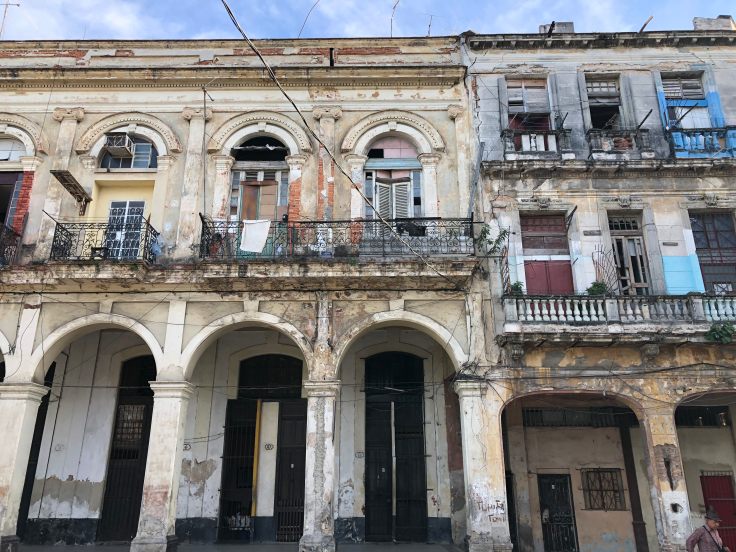 We spent our first couple of days in the capital, in Old Havana, just a few minutes from the beautiful capital building, which was inspired by the Pantheon in Paris and very similar to the United State’s capital building. It was stunning at night time, all lit up. Some of our friends came and met up with us while in Havana! Per usual, we hit up a couple of museums and walked around, surrounded by history. We spent time on the Malecon and at Hotel National. We stood in the very place that the missile from the Cuban Missile Crisis was pointed at the United States. (This is one of my favorite things about traveling. History becomes very real.) 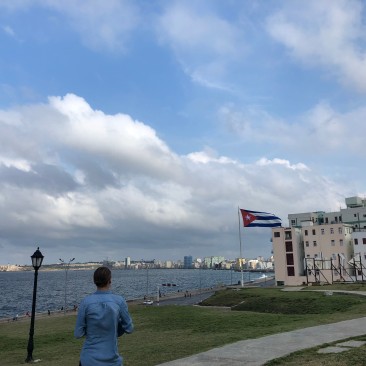 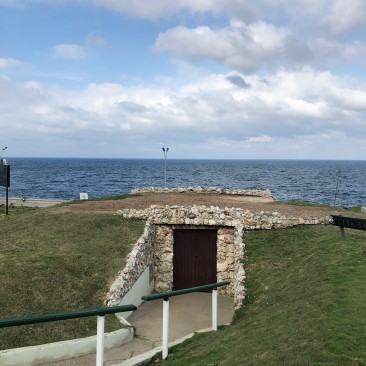 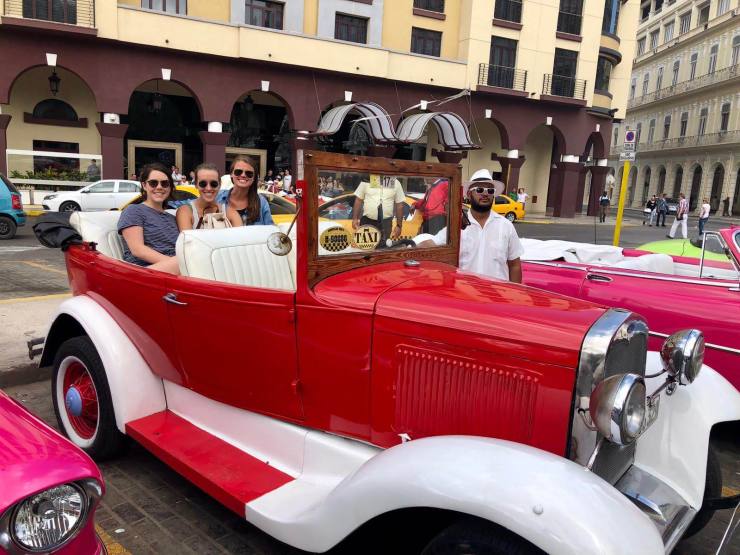 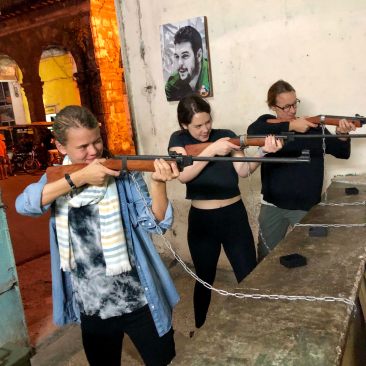 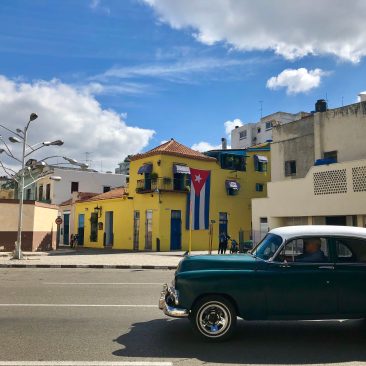 My favorite thing we did while in Havana wasn’t actually in Havana, but in Vinales, which is a small tobacco town two hours away by car. We rode horses through the beautiful Cuban countryside, tried freshly rolled cigars, and drank really good coffee. One of the local farmers showed us his fields and walked us through the entire process of making cigars. Because the government “taxes” the farmers on 90% of their product (aka 90% of the farmer’s tobacco goes to government-run cigar factories), it was very beneficial for the farmer if we bought cigars directly from him. 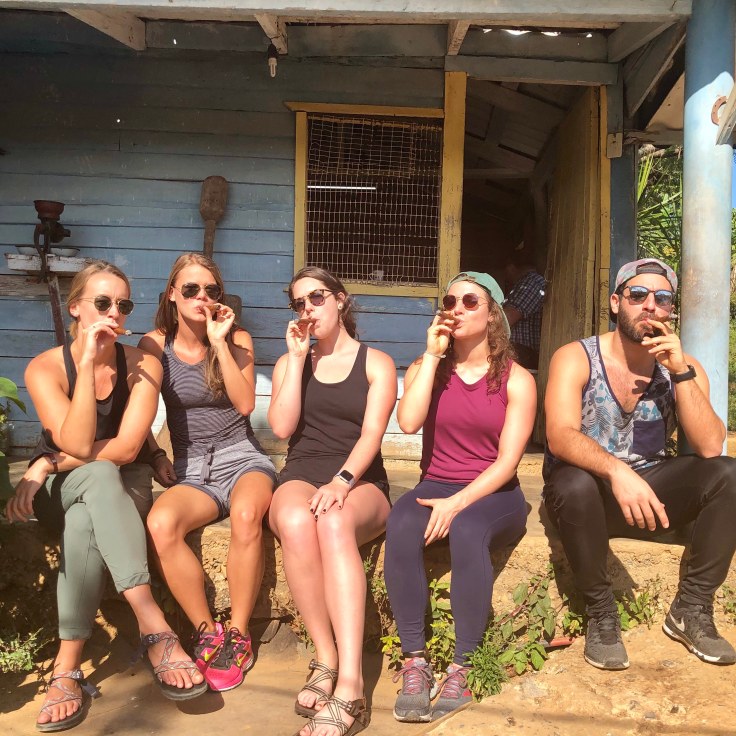 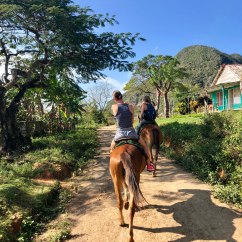 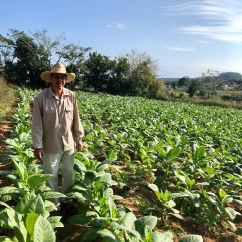 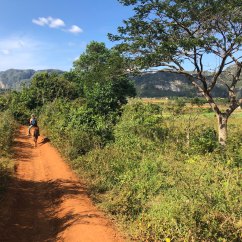 My least favorite thing about Cuba was the incessant amounts of catcalling we received. Lots of kissy noises, googly eyes, and very much unwanted attention. It was impossible to walk down the street without being objectified. Which we’re used to to a certain degree but Cuba was a whole other level. Women shouldn’t have to “get used” to being objectified, but that is the reality. Just in case anyone was wondering, the patriarchy still be alive and well.

On our return trip to Havana, there was a tornado! The first one Havana has experienced in 80 years. Four people were killed and 172 people were injured. As the storm was starting, we were walking around, enjoying our last night in Cuba. We quickly entered into a nice hotel and waited it out in the lobby. Finding a taxi home was a little bit difficult because they were in such high demand and the rain and wind was relentless. The next morning while on a walking tour, the tour guide took us to a school and stated that many families kept the kids at home because their homes were destroyed and, understandably, school was not a top priority. We were very lucky to be in the location we were. There is a long rebuilding process ahead for Havana. 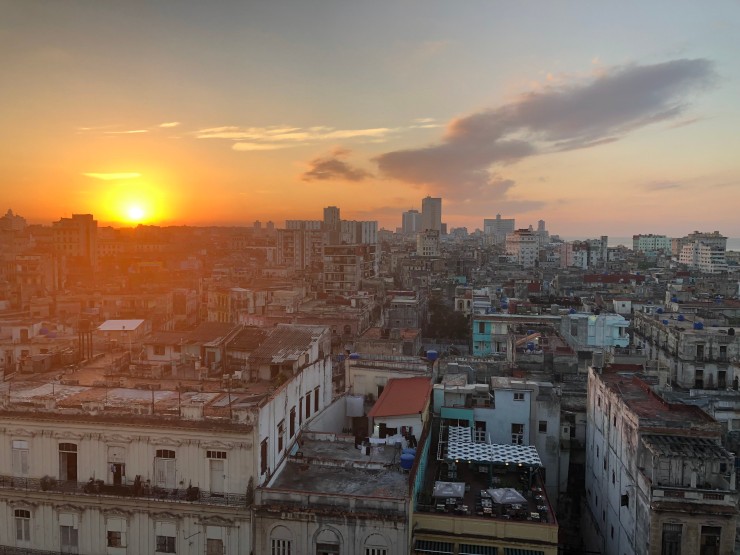 Trinidad is much smaller than I thought it would be. It started as a small sugar port on the south side of the island. There are colorful buildings and cobblestone streets, with a romantic feel. Trinidad has a much more laid back vibe than Havana. The city moves at a slower pace, enjoying the Caribbean vibes. We spent two days at the beach and one day biking along the highway to get to the beach. Which was more of a process than we anticipated. 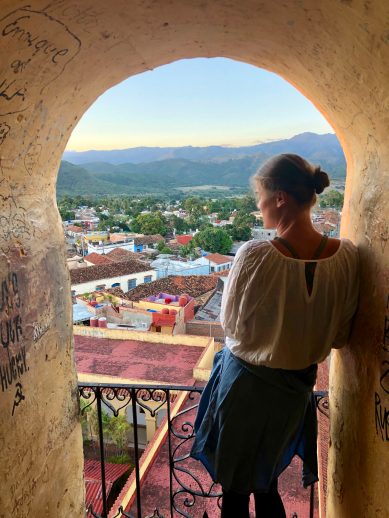 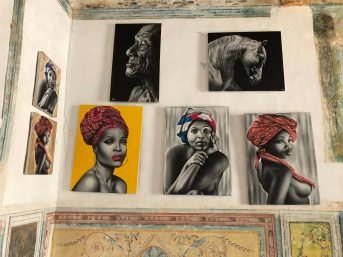 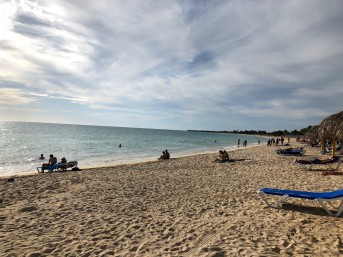 My favorite activity we did in Trinidad was the mojito making class we booked with Airbnb experiences. (Shameless plug: If you’ve never used Airbnb for housing during your travels, you should check it out! Click here and get $30 off first booking!) Our host, Yosney, welcomed us into his home and taught us how to make a world-class mojito (We drank a lot of mojitos while in Cuba and his were by far the best we had). After teaching us about the history of the drink and showing us how to make them, we had time to sit and talk about Cuba and the current political situation. We talked about how we were traveling to really learn Spanish and how it’s more difficult than we expected. He gave me some of the best advice about learning a language: “Learn how to communicate, don’t try to learn how to speak Spanish. Once you learn how to communicate, the language will become second-nature”. I often find myself trying to literally translate English to Spanish and struggle when I can’t remember the vocabulary. In reality, I’ve learned lots of new words in Spanish and need to try to get my point across instead of giving up when I fumble over vocabulary. Needless to say, we highly recommend this Airbnb experience and if you ever find yourself in Trinidad, you should check it out! 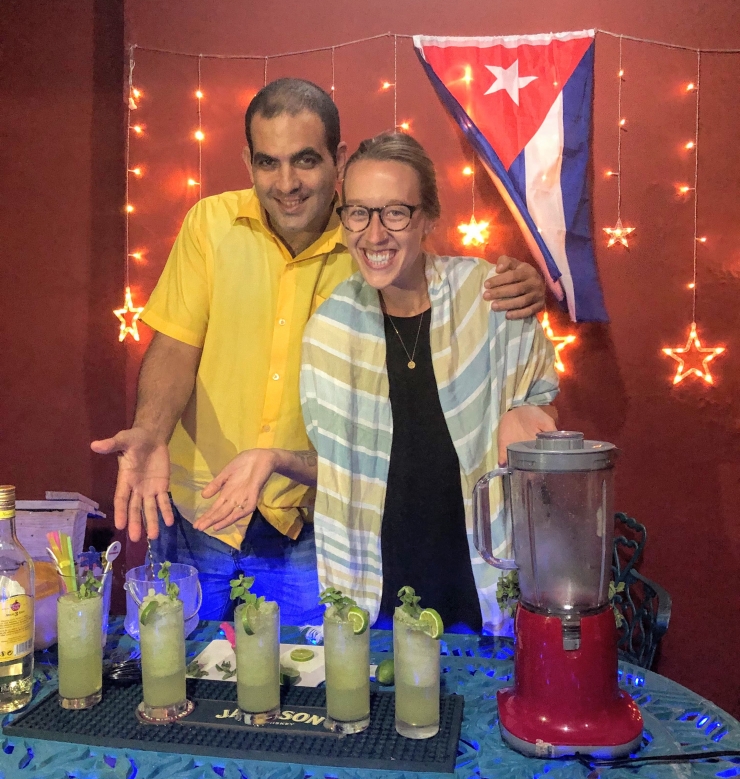 Cienfuegos was developed by the French in the 1800’s. We’re still trying to figure out how the same country could be “conquered” by two different countries (Spain and France), only 80 kilometers away from each other. Cienfuegos reminded me of New Orleans, which was also developed by the French. There’s only a few main attractions here, so we spent some time reading and playing Monopoly Deal. Internet access in Cuba very limited, having to pay for internet by the hour using a wifi card. Often times, we would go to the park or a hotel lobby to use the internet. We lucked out because some of our Airbnb’s had a router that we could connect to with our prepaid internet card. This being said, we still read a lot and practiced being off the grid (as much as we could–planning is very difficult without the internet). 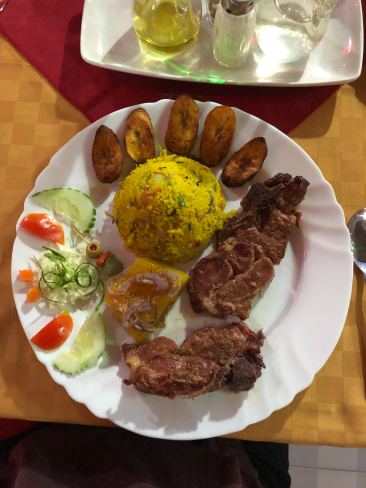 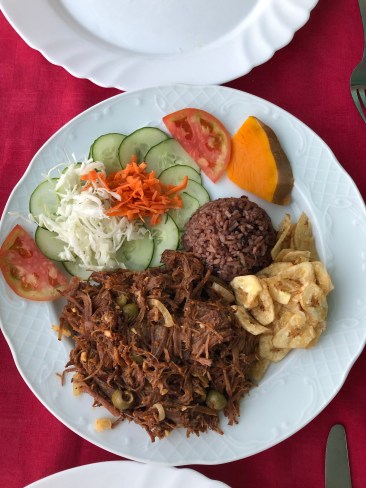 We took a walking tour of the city from a wonderful woman who showed us the non-tourist tour once she found out we were social workers. She took us to ration centers where families receive their monthly rations of rice, beans, egg, milk, and meat (when the items are available). While we were in the store, there was no salt and an abuelita was very upset, but there was nothing anyone could do. There was simply no salt left. The family would have to look on the black market to buy the simple items. Our tour guide also showed us where multiple families were crammed into a two bedroom apartment because there is a housing shortage in Cuba. There are simply not enough affordable houses for people to live in. The Cuban people have endured so much, and yet continue on. They are the definition of resilience. 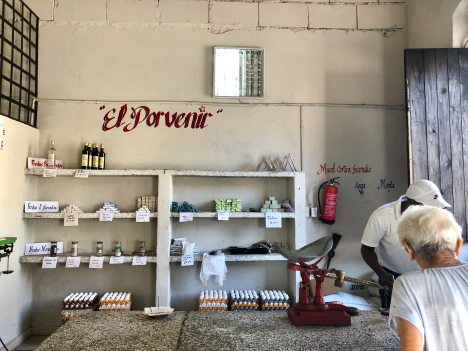 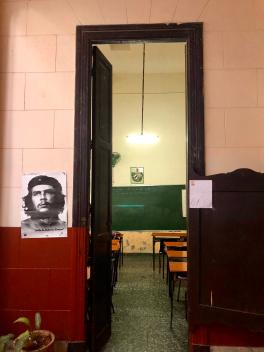 I am still learning about Cuba and the complexities of its history. I’ve read the perspective of the rich people whose entire wealth was striped from them when Fidel took control. I’ve read about a nation that was illiterate until Fidel took power and pushed for education for all. I’m not sure which is “correct” or the best, but I do know this, Cuba is still a poor country, devastated by power hungry people, greedy to control. The revolution helped remove one dictator from power and replaced it with another one. Cubans are trapped in a country that has betrayed them, yet I’ve never met a people group so in love and dedicated to the renewal of their country. 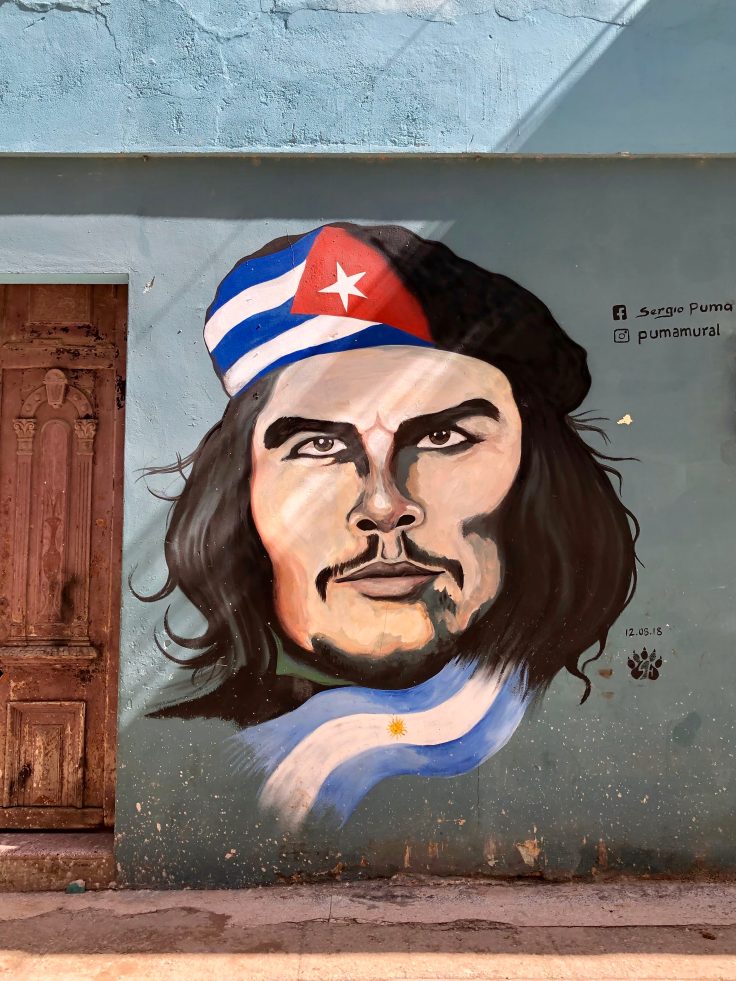 We learned that the US embassy is no longer located in Havana, but outside the country in Colombia.  So if we needed help or lost a passport, not really sure what we would have done. Oops. This should not deter you from going to the country. Yes, technically there are restrictions on traveling to Cuba, but we traveled under the “support of the Cuban people” visa. We supported Cuban people financially for the entire two weeks we were there: we supported owners of casa particulars (homestays with local families), restaurant workers, tour guides, and taxi drivers. 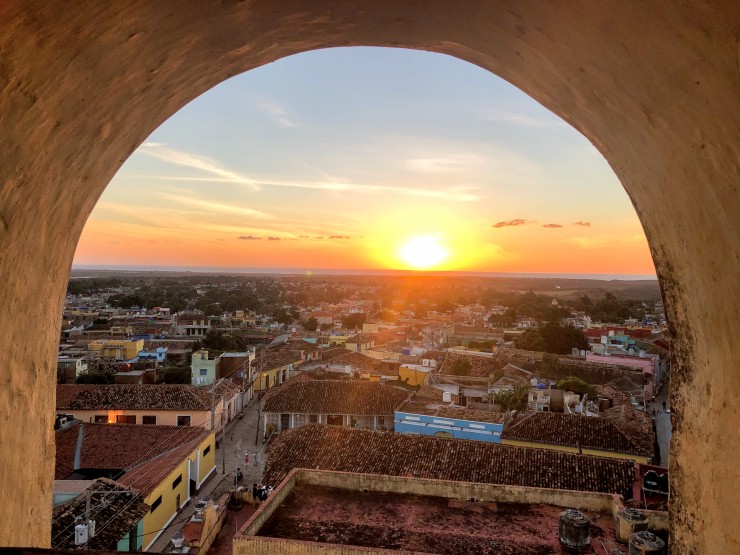 We highly recommend visiting Cuba. Contrary to popular belief, it is still very much accessible and worth time and money to explore its beauty.